Established since 1984, Browns Transport has over 35 years of experience in offering a wide range of transport and logistical solutions. We are a small family run business with 3 different types of lorries. Ideal for any job you need operating from our depot in Basildon we reach out to sites all across Basildon.

Covering the Basildon area, we provide crane mounted lorry Hiab vehicles. With experienced and professional drivers, we can solve your lifting and transporting issues with one vehicle.

Our fleet includes a diverse range of hiab cranes and services include general haulage, full loads, spot hire, container handling and contract hire. Whether it’s just a one-off job or on a regular basis, we can help. If you have any questions or would like a quote for our services in Basildon, please get in touch with us. 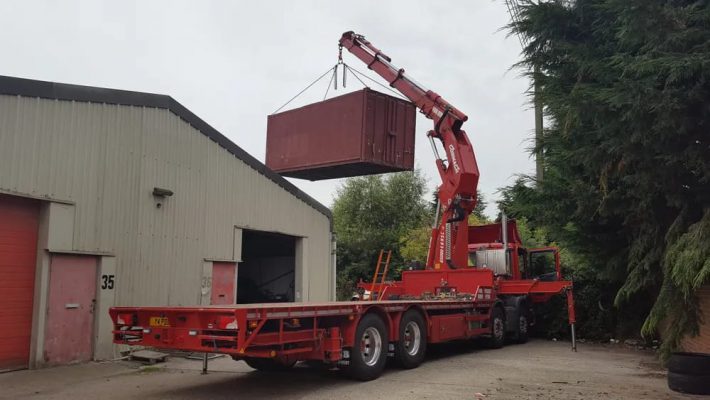 We have built up an excellent reputation throughout Basildon for providing a fast, efficient and concise hiab crane services. With many years of experience in the general haulage industry. We have the knowledge, capacity and capability to offer a friendly and reliable service that meets your deadlines. Browns Transport Ltd staff are waiting to deal with every aspect of your product movement every step of the way. Our service is second to none in Basildon and we go out of our way to make sure everything is to our client’s satisfaction each and every time. Our low loader hire enables your mechanised plant, materials and cabins to be moved quickly and efficiently around Basildon

Browns Transport have specialised in providing Hiab cranes for domestic and commercial projects in Basildon, with many years of experience.

Area’s Nearby Basildon We Cover

Basildon is the largest town in the borough of Basildon in the county of Essex, England. It lies 26 miles (42 km) east of Central London, 11 miles (18 km) south of the city of Chelmsford and 10 miles (16 km) west of Southend-on-Sea. Nearby smaller towns include Billericay to the northwest, Wickford northeast and South Benfleet to the southeast. It was created as a new town after World War II in 1948 to accommodate the London population overspill, from the conglomeration of four small villages, namely Pitsea, Laindon, Basildon (the most central of the four) and Vange.

The first historical reference to Basildon is in records from 1086. It is mentioned in the Domesday Book as ‘Belesduna’. The name ‘Basildon’ may be derived from the Anglo-Saxon personal name ‘Boerthal’ and the Anglo-Saxon word ‘dun’, meaning hill. In historical documents, this name had various forms over the centuries, including Berdlesdon, Batlesdon and Belesduna. Railway service started in the 19th century to Pitsea and Laindon but it was only later that proposals to provide service to the new town of Basildon, shelved for many years because of concerns that it would simply become a commuter suburb of London, were eventually forced through. A significant number of modern-day residents do commute to London.