Established since 1984, Browns Transport has over 35 years of experience in offering a wide range of transport and logistical solutions. We are a small family run business with 3 different types of lorries. Ideal for any job you need operating from our depot in Braintree we reach out to sites all across Braintree.

Covering the Braintree area, we provide crane mounted lorry Hiab vehicles. With experienced and professional drivers, and can solve your lifting and transporting issues with one vehicle.

Our fleet includes a diverse range of hiab cranes and services include general haulage, full loads, spot hire, container handling and contract hire. Whether it is just a one-off job or on a regular basis, we can help. If you have any questions or would like a quote for our services in Braintree, please get in touch with us. 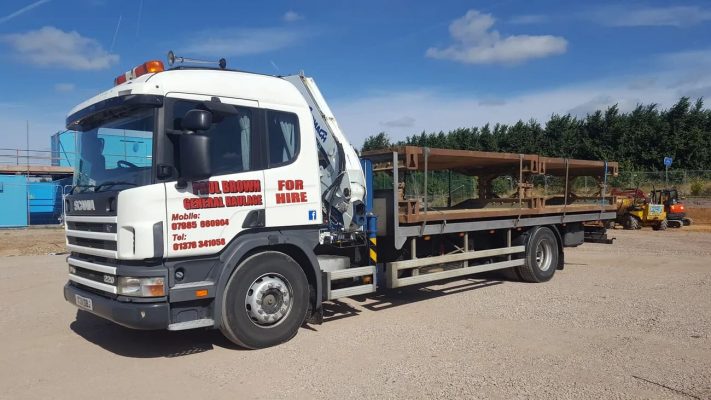 We have built up an excellent reputation throughout Braintree for providing a fast, efficient and concise general Haulage services. With many years of experience in the general haulage industry. We have the knowledge, capacity and capability to offer a friendly and reliable service that meets your deadlines. Browns Transport Ltd staff are waiting to deal with every aspect of your product movement every step of the way. Our service is second to none in Braintree and we go out of our way to make sure everything is to our client’s satisfaction each and every time.

Our low loader hire enables your mechanised plant, materials and cabins to be moved quickly and efficiently around Braintree

Browns Transport have specialised in providing Hiab cranes for domestic and commercial projects in Braintree, with many years of experience.

Area’s Nearby Braintree We Cover

Braintree dates back over 4,000 years when it was just a small village. People in the area during the Bronze and Iron Ages built houses on the lower part of the town, near the River Brain, known as the Brain Valley. This area was later inhabited by the Saxons, who occupied the town after the Romans left and named the Roman road Stane Street (i.e. stone road), a name it still bears. Most notable road names in Braintree now coincide with names of people who fought for the town, and locals living there, such as Aetheric Road (a notable Saxon nobleman who died in the Battle of Maldon in 991, and subsequently left most of the land of Braintree to the Bishop of London, as well as the land of Bocking going to the Prior and monks of Canterbury), Trinovantian Way.

Braintree is a town in Essex, England, the principal settlement of Braintree District. It is located 10 miles northeast of Chelmsford and 15 miles west of Colchester. According to the 2011 Census, the town had a population of 41,634. While the urban area, which includes Great Notley, Rayne and High Garrett, had a population of 53,477. The town is twinned with Pierrefitte-sur-Seine, France. It gives it’s name to the towns of Braintree, Massachusetts and Braintree, Vermont, in the United States.

Braintree has grown contiguous with several surrounding settlements. Braintree proper lies on the River Brain and to the south of Stane Street, the Roman road from Braughing to Colchester, while Bocking lies on the River Blackwater and to the north of the road. The two are sometimes referred to together as Braintree and Bocking, and in 1 April 1934 they formed the civil parish of that name, which is now unparished. Braintree is bypassed by the modern-day A120 and A131 roads, while trains serve two stations in the town, at the end of the Braintree Branch Line.